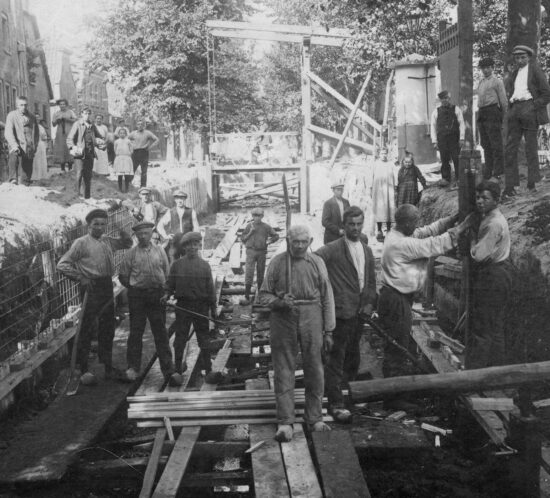 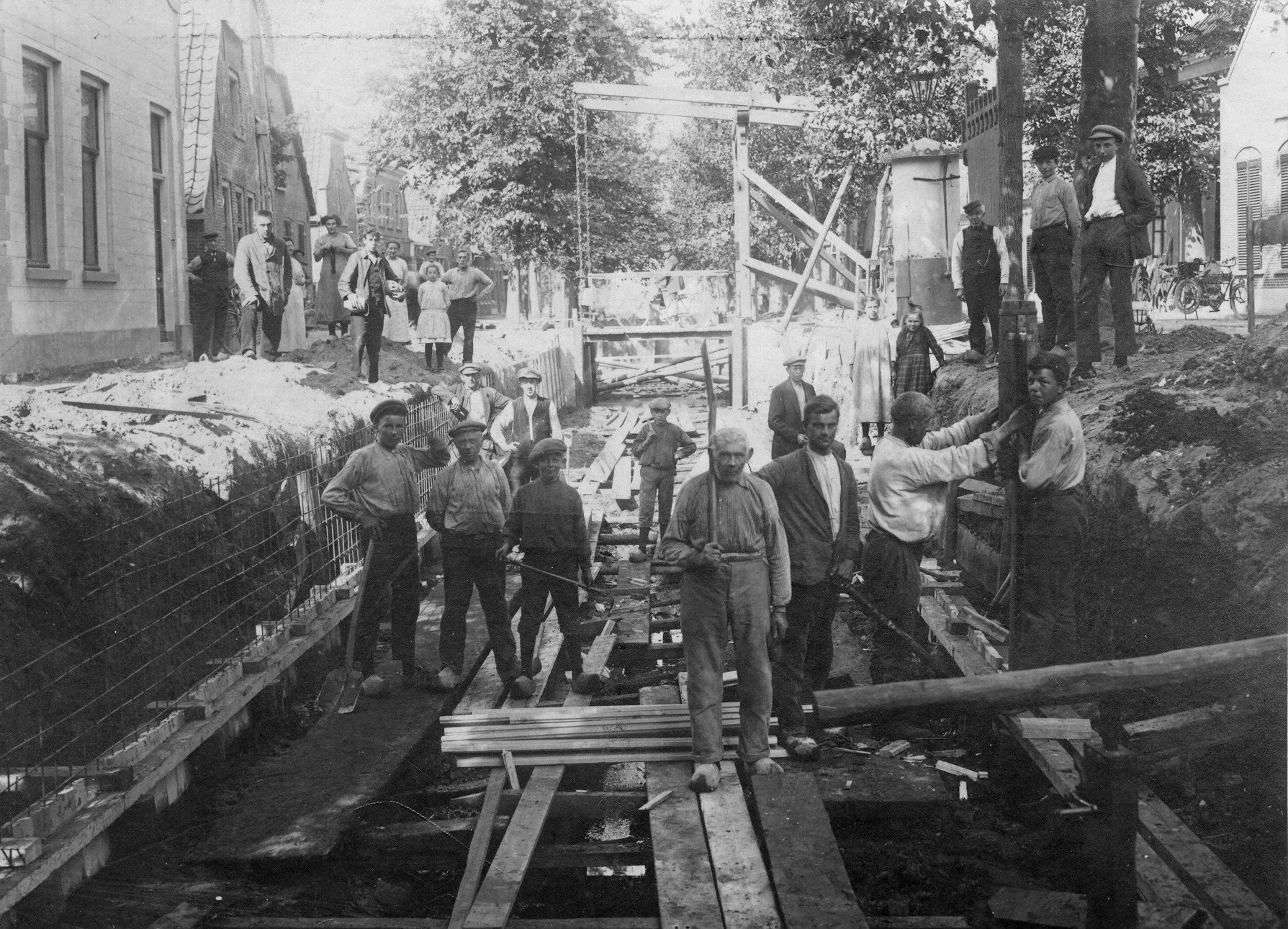 From July – September 2022, I will presenting a new curatorial project Mens maakt Landschap maakt Mens at Museum IJsselstein (MIJ). In cooperation with investigative journalist Dennis l’Ami, this project will focus on the history and future of the ‘Groene Hart’ area, more specifically on how the historical development of this man-made landscape has shaped our collective identity. 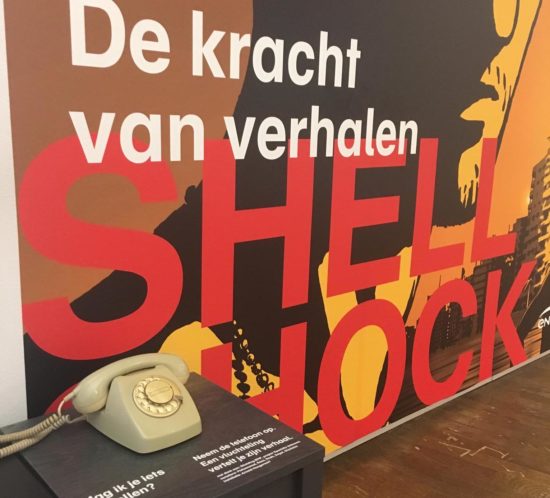 As part of the Shell Shock programme at Eye Filmmuseum, Amsterdam, I created a commissioned interactive sound installation. Visitors can listen to stories of refugees by picking up old rotary telephones. These stories were recorded and provided by the BMP Foundation as part of the European refugees oral history project Specially Unknown.

Coinciding with the exhibition A Tale of Hidden Histories, Shell Shock provides a forum to the cinematic representation of violent conflicts and traumatic memories. It not only includes films but also socially engaged specials featuring talks, Q&As and performances. The programme focuses on such themes as memories and narrativity (Hannah Arendt), psychiatry (Post Traumatic Stress Syndrome) and the tales of Syrian refugees (storytelling).

For this installation several rotary telephones had to be mechanically modified and powered by Raspberry Pi’s. Every time a phone gets picked up, a random soundfile is triggered through a python script, so a different story can be heard through the handset. 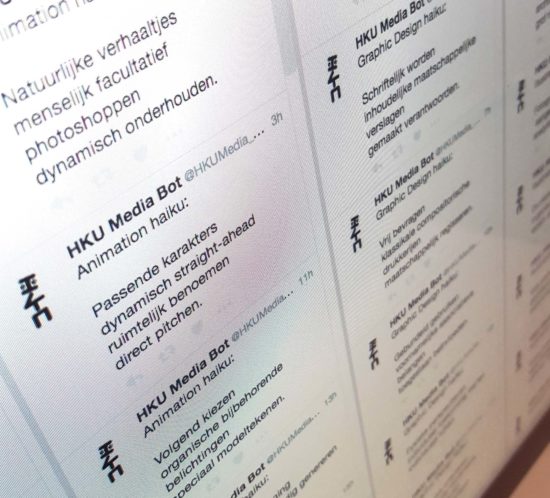 A twitterbot that publishes an auto-generated poem once every hour, based on the words used in all first grade teaching modules within the Media Faculty of the Utrecht University of the Arts (HKU).

For this twitterbot I used tracery, a story-grammar generation library for javascript. The script generates a short new poem, loosely based on the Japanese Haiku poetic form. It uses all nouns, verbs and adjectives from the teaching module descriptions of all the fields of study within HKU Media (Audio Visual Media, Image and Media Technology, Animation, Illustration, Graphic Design and Photography). I used cheapbotsdonequick to create the twitterbot part.

This twitterbot, together with the Teaching module generator installation, was part of a research project commissioned by the Expertisecentrum Educatie of HKU Utrecht University of the Arts, on the possibilities of language technology within an art curriculum, whether for analytical purposes, or as a toolkit within a creative process. This project, with this installation as a ‘proof of concept’, is also a plea for embracing more emerging technologies like artificial intelligence, data visualization and natural language processing in art education.

In cooperation with David Jonas Castanheira, I developed an automatic Teaching module generator, that generates new lesson content, based on the texts of all first year teaching modules within the Media Faculty of the HKU.

We used Processing and the RiTa library (Version 1.12; Howe 2015) to perform natural language processing of all existing teaching module descriptions and made an automatic teaching module generator. It generates a randomly assembled, but perfectly readable text. This way, one gets a good impression of the language use and ‘tone of voice’ across the different disciplines.

This installation, together with the HKU Media twitter bot, is part of a research project commissioned by the Expertisecentrum Educatie of HKU Utrecht University of the Arts, on the possibilities of language technology within an art curriculum, whether for analytical purposes, or as a toolkit within a creative process. This project, with this installation as a proof of concept, is also a plea for embracing more emerging technologies like artificial intelligence, data visualization and natural language processing in art education. 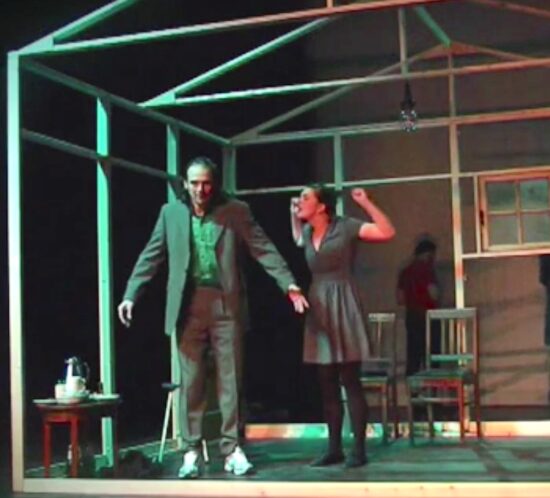 Music and sound design for theatre

From 2005 until 2014, I was a core member of theatre group Cowboy bij Nacht in Utrecht.

Over the course of almost ten years, we made several theatre performances and participative performance installations, which were shown on national theatre festivals like Oerol, Over ‘t IJ Festival, Spring Performing Arts Festival and Karavaan Festival. We also made a several nationwide theatre tours.

For most of the performances we made, I composed the music and was responsible for the overall sound design. 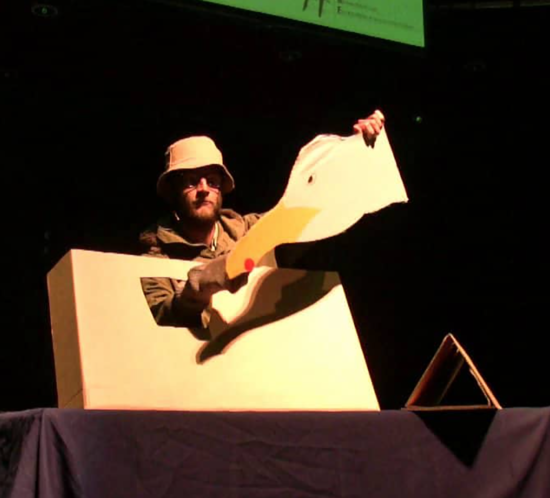 Inspired by Tinbergen’s work with herring gulls and his classic experiments on supernormal stimuli, this lecture will provide a brief account of Tinbergen’s experiments on the begging responses of Herring gull chicks, illustrated with a short movie and pictures of Tinbergen’s old notes. Tinbergen’s original data on the famous experiment on the colour of the spot on the lower mandible differ from the well-known textbook figure showing the strongest response to a red spot.

Ten Cate will discuss this and show how recent data also provide a novel twist to the story of the supernormal beak. He will end with some modern examples of supernormal stimuli with humans, which is the main subject of a longterm project on Tinbergen by theatre company Cowboy bij Nacht. 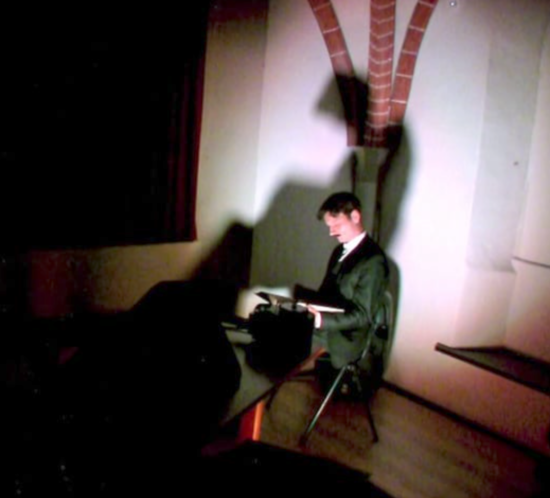 Tesla Theatre is a short musical theatre performance about inventor and eccentric genius Nikola Tesla. In this performance for actor and a musical tesla coil, we share our fascination with wayward inventor, physicist and futurist Nikola Tesla (1856 – 1943). Although he was often regarded as a mad genius in his own times, nowadays Tesla is seen as one of the biggest inventors of all times in the fields of electricity and magnetism. In this performance his miracles and radical ideas regarding a global network of unlimited wireless energy come to live. 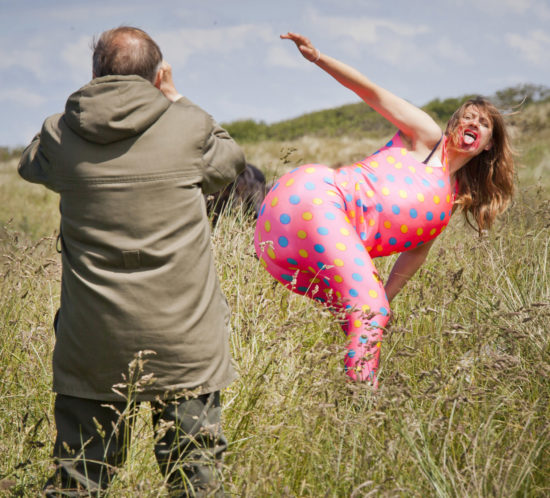 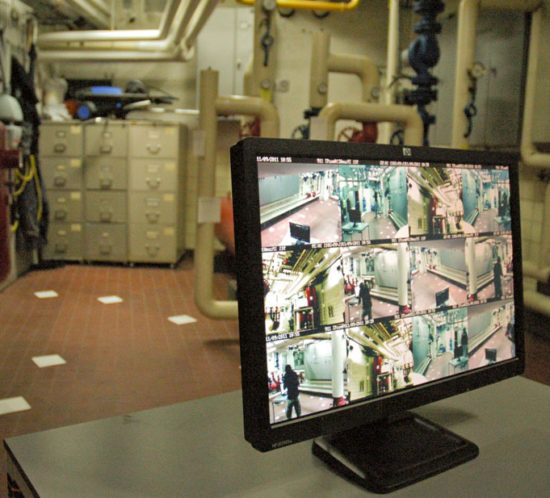 An installation about feeling secure even though you’re not, and being secure even though you don’t feel it. In Smile! You’re on CCTV the visitor enters a room with several hidden IP cameras and one central video surveillance monitor placed on a desk. On several sticky notes placed on the walls and the floor, the visitor can read quotes on the subject of privacy, CCTV, security, safety and the rise of the ‘politics of fear’. The video monitor shows several (delayed) video streams of the cameras capturing the image of the visitor. Because of this delay, the visitor can watch himself on the monitor walking around the room, while he was reading these quotes.

In the video below (in Dutch), I explain a bit more about the conceptual motives for this project. 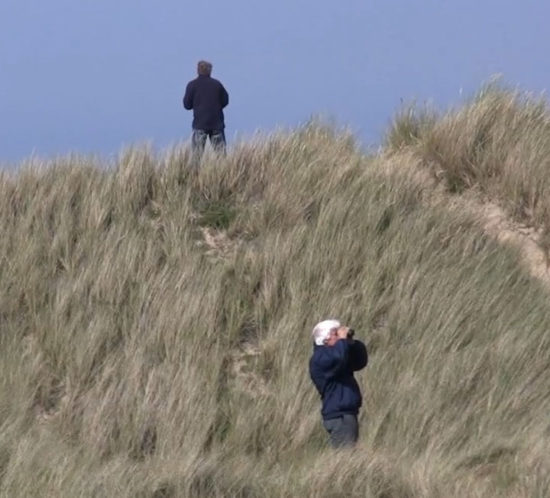